Is Harry Potter Studio Tour Worth It? – London

If you need to buy tickets for a whole family, you are probably asking yourself Is Harry Potter Studio Tour Worth it?  Fortunately for me, my ticket was a 50th birthday present!  As a self-confessed fan, the Harry Potter Studios Tour was definitely worth it for me.

However, what if you are not a fan of the Harry Potter phenomenon?  Well, I believe that anyone interested in movies will love this place.  You gain a first-hand insight of much of the hidden process of filmmaking.  Where else in the UK can you walk amongst sets and learn about the magic of cinematography?

So, yes, the Harry Potter Studio Tour England is worth it for fans of any age.  However, it also offers a unique experience for anyone film lover.  Don’t discount this Studio Tour because you don’t like Harry Potter!

Read on to find out why I think the Harry Potter Studio London is worth your time and money.  I promise I won’t give too many secrets away!

Skip the Ticket Line by Buying your tickets here

Where is the Harry Potter Studio Tour England?

The Harry Potter Studio Tour England is located in Leavesden, Hertfordshire.  The studios are situated just 20 miles north-west of London.  This makes them easily accessible from London and a perfect choice for a day out.

Originally, the Leavesden site was owned by the Ministry of Defence.  During World War II, military aircraft were manufactured here: Mosquito Fighters and Halifax Bombers.

In 1994, the site started to be used for film production.  Famously, the Leavesden Studios were used for more than 10 years to make the Harry Potter films.

How to Get to Harry Potter Studio London?

By Road – If you drive, the studios are conveniently situated less than 3 miles from the M1 and M25 motorways.  There is also free parking in front of the main entrance to the Studio Tour.

By Bus – Sadly, the Knight Bus is not available for direct transfers!  However, you can book direct buses from London or Birmingham via the official Studio Tour website.

Read our guide on London Tube and Is London Safe?

How Much are Harry Potter Studio Tour Tickets?

If you want to book a Harry Potter Studio Tour package, head to the official website.  Options can include group visits, private tours, souvenir books and digital guides, etc.

To avoid disappointment, we highly recommend that you book your Harry Potter Studio Tour tickets well in advance.  This is because ticket numbers are limited each day.  The advantage of this is that that the studio is never too crowded.

What I also like about the Warner Bros Studio Tour London is that there are special events throughout the year.  Before you book your tickets, check out the official website for details of forthcoming events.  I’m tempted to return for ‘Hogwarts in the Snow’ which takes place annually from mid-November until mid-January!

No, the Harry Potter Studio tour is 95% indoor and 5% outside. There is a small part outside where you can visit the house of Harry Potter on Privet Drive, the Knight Bus and you can walk on the Wooden Bridge of Hogwarts Castle.

To explore more Harry Potter locations outside, why not extend your visit with this fabulous walking tour across London?

What Will I See at the Harry Potter Studio London?

I think a better question is: What won’t you see at the Harry Potter Studio London?  From the second the intricately carved Hogwarts Castle doors open, Harry Potter fans will be completely immersed in J K Rowling’s magical world.

Stepping onto the stunning sets of the Harry Potter films is a one-off experience you will never forget.  The Studio Tour starts with the impressive Great Hall complete with fireplace and floating candles.  All of the detailed sets will transport you to a different part of the wizarding world.

The tour is cleverly arranged so that you experience the magnificence of the entire set first.  Once you’ve appreciated the enormity of the whole set, you then zoom in on some of the props used and costumes worn.  Turn the corner and you learn about the tricks of the trade.

Whether you are a Harry Potter fan or not, the secrets of filmmaking are fascinating.  Who can resist learning how the magic comes alive?  The illusion of the moving staircases is particularly revealing.  Will you also discover the secret of the marble pillars and floor in the newly opened Gringotts Bank?

Forest, Privet Drive, Gringotts Bank and Diagon Alley.  You can also board the iconic Hogwarts Express and peer into the Knight Bus with its wobbling talking head.  Don’t miss out on a walk along Hogwarts Castle’s wonky wooden bridge!

A visit to the Harry Potter Studio Tour certainly reveals the attention to detail needed to bring a film alive.  Whilst the sets themselves are extremely lifelike, the incredible number of props increase the realism.  Added to that, the props displayed on the Studio Tour were actually used in the films!

Some of my favourite props include the Yule Ball ice sculpture inspired by the Taj Mahal and the cosy pyjamas and monogrammed trunks in the Gryffindor dormitory.  In the dingy Potions classroom, the self-stirring cauldron and hundreds of hand-labelled ingredient jars bring the scene to life.   You can also visit Dumbledore’s office, stare into the Pensieve and watch the rows of memory bottles as they turn slowly.

Also look out for the Triwizard cup, furry belted monster books, glittering vaults of golden treasure and the menacing Endgame chess pieces.  It is amazing to see the number of props included in different scenes.

Although the props look real enough, it is fascinating to learn about how they were made.  They are not what they seem!

As you progress along the tour, you will also discover original costumes used in the film.  Even if you are not a Harry Potter fan, take time to admire the intricacy and skill involved.  The detailed costumes cleverly reflect the characters and add another layer to the illusion of reality.

Costumes on display include outfits made for the towering figures of Hagrid and Madame Maxime.  On a smaller scale, you will see tiny suits made for the goblins working in Gringotts Bank.  You can also see wizarding robes for each of the Hogwarts houses, plus those belonging to Professor Snape, Dumbledore and Bellatrix Lestrange.

Another thing I loved about the Harry Potter Studio Tour was learning about the special and visual effects.  Whether you love Harry Potter or not, it is fascinating to learn about the technology which enables imagination to be translated into film reality.  I was also impressed that the exhibits were labelled with clear explanations which were easily accessible.

Look out for the truth behind the ‘Levioso’ spell.  Just how did those broomsticks rise off the ground?  Other favourite effects included the Chamber of Secrets moving snake encrusted door and the self-bolting doors of Hogwarts Castle.  Stand and marvel at the mechanics involved in the unpredictable Whomping Willow and Gringotts Bank carts.  Then, prepare yourself for the amazing fire-breathing dragon which stomps towards you through the smouldering rubble of Gringotts Bank!

As you step into the eerie Forbidden Forest, you are greeted by a life-sized moving model of Buckbeak.  It’s so realistic that you find yourself wanting to bow your head, climb on its back and fly!  Walk a little further into the forest and you will come face to face with a cluster of enormous spiders including the hostile Aragog!

There are so many convincing creatures in the Harry Potter films.  The Studio Tour gives you the unique opportunity of going behind the scenes and learning about the skill involved in creating creature effects.  It was particularly intriguing to watch the transformation of a human into a lifelike goblin!

The Harry Potter Studio Tours also provides visitors with an understanding about the vital role of pre-production work.  It is unbelievable how much planning happens before filming starts.

There is a whole section dedicated to concept art, graphic design, white card models and technical drawings created for the films.  Who knew that poster artists pitch up to 40 designs a week? The Art Department’s pièce de resistance is the stunningly intricate model of Hogwarts Castle.

Another positive point about the Harry Potter Studio Tour is that they have thought about ways to enhance your visit.  Some of these are free and are great for children and adults alike!  For me, these bonus extras improve the value of the ticket price:

Wizarding World App: This free app works alongside the Studio Tour.  Similar to the Activity Passport souvenir stamps, Enchanted Keys are placed throughout the Studio Tour.  You can unlock them using the app to reveal more secrets, quizzes and videos.

Digital Guides:  You can hire a digital guide (£4.95) to learn more information about the Harry Potter sets, props and costumes.  It also contains interviews with filmmakers and behind-the-scenes footage.  The digital guides are available to hire in many different languages.

As English speakers, we did not hire a digital guide.  As mentioned before, we found that the Studio Tour had excellent information signs which are easy to understand.  If you don’t speak English very well, you may find a digital guide helpful.

Green Screen Experiences:  If you want to experience green screen technology first-hand, there are a number of opportunities to do this.  You can fly a broomstick or face a Dementor on Hogwarts Express.  Please note that there is an extra charge for the various souvenir options available.

Food & Drink:  There are a number of places where you can buy food and drink at various points on the Studio Tour.  Alternatively, you will find the Backlot halfway through the tour.  There is all-weather outdoor seating here where you can consume your own food.  This might be helpful if you have many mouths to feed!

Is Harry Potter Studio Tour Worth it?

Although the Harry Potter Studio Tour is relatively expensive, it is worth it.  Of course, fans will love becoming part of the film, discovering its hidden secrets and seeing authentic props.

However, any visitor will be rewarded with a fascinating insight into the process of filmmaking.  Undoubtedly, the Harry Potter Studio Tour is a special archive of the wizarding story which touched the world.  From start to finish, the passion and enthusiasm of those who worked on the films here for 10 years shines through. 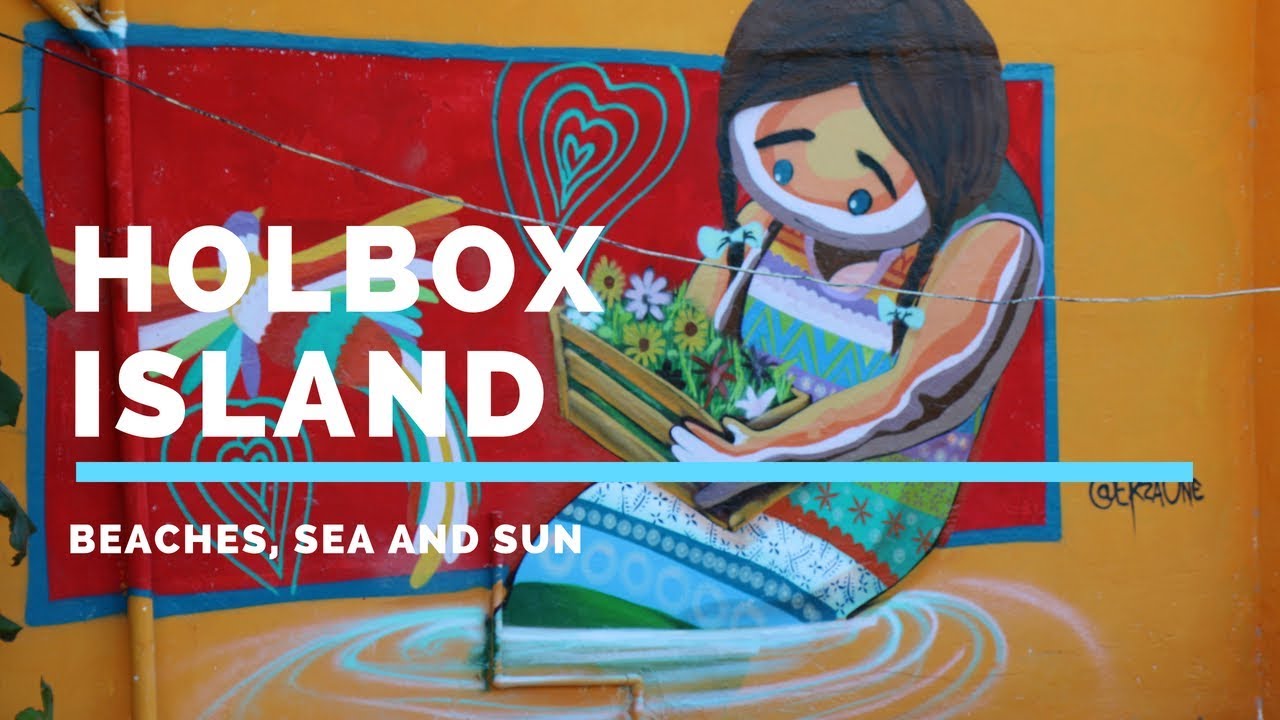